Ever feel like you’re simply living in the wrong state to access the treatment you need for your condition? You may be right. There are lots of factors that enter into the equation which determine access to appropriate care; insurance … END_OF_DOCUMENT_TOKEN_TO_BE_REPLACED

Often medical blacklisting is done in more insideous ways and rarely in the literal sense of the word do you find it as a physical list. Blacklisting deniers commonly use this as a reason to doubt that such things … END_OF_DOCUMENT_TOKEN_TO_BE_REPLACED

For my second post for #Blogmas 2017 I came across a story that every mother and father should read! A mother, Mandy Drew in Alberta Canada was told her daughter, Cheyenne was hopelessly ill and that she should “take her home and create memories.” Doctors threw up their hands and gave up on the little girl after she continued to worsen in traditional chemotherapy. Tumors were wrapped around vital parts inside her body, making the situation that much more complicated.

Her mother, faced with no options from her daughters treating professionals considered medical cannabis given the fact that at this point there was really nothing to lose. If she’d done nothing death was a 100% certainty! Although a little skeptical at the outset, Cheyenne’s mother decided to give it a try, but she had no idea that her daughter would be medically blacklisted nor the level of hostility she would receive from the medical establishment. One doctor who during a phone call asked Mandy what she was doing in her alternative treatment literally hung up on her when the mother told her she was treating her with cannabis oil.

Despite the rejection and anger directed at her for this treatment choice, the Alberta mother reported that her daughter began responding with just 1 gram per day. She began to notice her apetite return, her mobility improve, and eventually it was discovered that her tumors were calcifying (a sign of apoptosis, the scheduled death of the cancer cells)! Now at age 4 and having already beaten the odds, Cheyenne functions like any other 4 year old, is symptom-free, and doesn’t even have any awareness of her diagnosis.

Her mother appeared on this radio show which was posted to Youtube on January 24, 2007 to speak about her experience. The host also gives some very interesting information from research suggesting that many illnesses may be caused by a deficiency in the body’s own cannabinoid system. Apparently there is a lab in the US offering a test to see whether your illness(es) are due to this deficiency or dysregulation. Watch the video for yourself to hear this woman and her daughter’s amazing story!

Yes, medical blacklisting happens to children too, even dying children, and it’s a shame that doctors and the corporations they work for are so arrogant that they would turn their back on someone like this when they have nothing better to offer. Corporate healthcare has in effect taken the patient out of the equation, when in fact the patient (or parent when the patient is a minor) should have the last word when it comes to treatment decisions, and more often than not, the patient is correct about what is likely to work.

Whatever a doctors opinion on cannabis or any other treatment for that matter, he or she should keep an open mind and support the patient’s treatment decision. Most patients who have decided on a particular treatment they want to pursue do so after alot of careful reading, research, and thought. Therefore they should not be treated as crackpots or loose cannons when approaching their doctors.

These patients are already suffering and it only increases their suffering for a doctor to work at cross-purposes with a patient that he has stopped or refused to start treatment on. It is not only heartless, but unethical for a patient’s treating professionals to ostracise a patient for doing what they have to do to save their life or the life of a relative who is in their charge. It may be OK with a doctor to throw in the towel, but it shouldn’t be, especially when there are other things to try which he/she either have not looked into or flatly refuses to consider.

A doctor or a healthcare system should never be a gate-keeper between a patient and the possibility of improvement, preservation of or quality-of-life. To do so is in clear violation of the Hippocratic Oath. Healthcare professionals must keep in mind at all times that they are in this field to help others. What they do in the course of any given day should not be about their own needs and biases, but should be undertaken for the sole benefit of the patient. Sometimes that means being willing to put your own opinions aside and giving the patient the means to reach further without impedence.

The practice of medicine should be a selfless act, not one whose primary motivation is to save face. In this day and age physicians are not expected to know everything, (and get a clue guys, the cat’s out of the bag! Patients are well aware that there is no way that a doctor seeing patients all day long back to back has the time to read up on all the latest research. Many patients now know how to read medical journal articles and have to become experts in their own conditions in order to ensure they get the best treatment available, so it’s high time that was acknowledged. 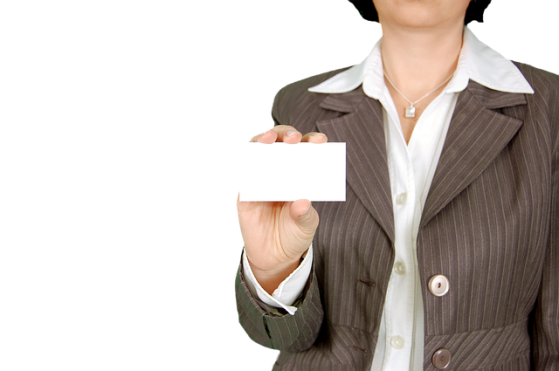 And medical professionals, The crackpot defense no longer holds water anymore. Instead of shutting patients out and shutting them down when they engage you in discussion about a certain treatment, or diagnostic possibility, instead of writing backhanded and snarky comments in a chart, why not treat them like the respected partner that they are and approach this undertaking as a challenge to be solved rather than a threat to your authority.

It’s not personal. It’s not about you. It’s about their best health, and their life.