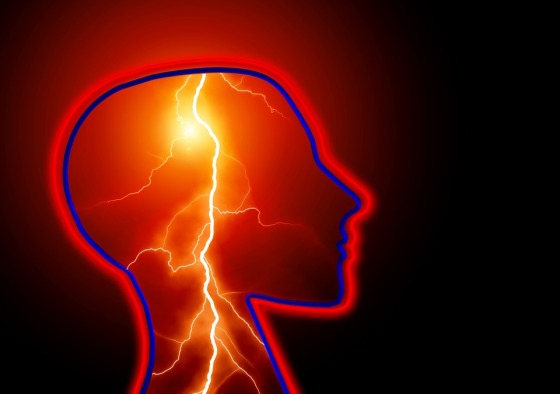 I haven’t spoken much on this blog about my son and his situation (for obvious reasons) but I think now is as good a time as any to share the miracle that he may very soon be receiving due to advances in neurosurgical technique. This is a teachable moment that I  believe will help those who do not understand to develop a more empathetic perspective and give hope to those, who like Quinn live with seizures that impact and impair their functioning every day of their lives.

First, I want to say that the individuals involved work for Emory, but they are their own entity in and of themselves as medical professionals, and without individuals who are willing to work on behalf of the patient no corporation can survive in the long-term.

The ultimate success of a procedure, any procedure, compliments of medical science in large part depends on the dedication and skill of those on the front lines who are carrying out the technique. This is why I always make the distinction between doctors at Emory and the corporation; Emory because there is a difference. 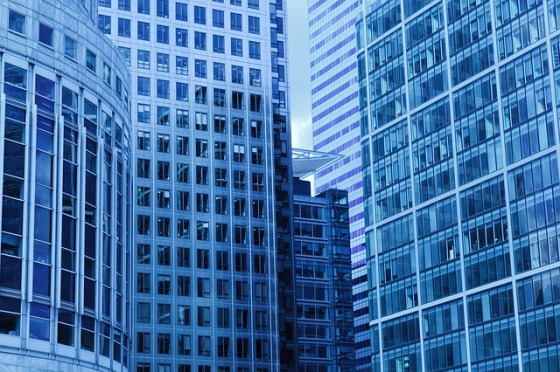 What makes up a good department is good people and the doctors working within the seizure clinic and seizure inpatient unit have been very good. So far I have found them and Radiology to be the best departments I have encountered as of yet. Today it has been 6 days since doctors implanted about 10 depth electrodes in my son’s brain and he is without a boubt feeling the effects of having a bunch of holes drilled in his skull and foreign objects jabbed into his gey matter, sleeping as much as he can to cope with the headache this causes, and not feeling much like eating due to the pain, but the doctors say that so far it is looking like he is a good candidate for the surgery which could return him to total ability again.

Now 32 and first diagnosed at arounf 14 years of age he has lived with a constant cloud above his head, waiting for the other shoe to drop; never knowing when the next seizure might come and throw off whatever he’s doing. For those who don’t know Quinn; he is probably the most generous and loving person you are ever going to meet. He has an innocence and purity about him that is often long crushed in others by the time they reach adulthood. He would give you the shirt off his back if you needed it and there have been times when he took personal risk to take odd jobs he really wasn’t safe to do so that he could support he and his girlfriend when she was out of work.

When he graduated from high school he tried a number of work settings and often got very good reports from his supervisors, especially those jobs involving customer service and sales. He was often viewed as one of the top sales people they had, but when his seizures eventually reared their ugly heads those same employers lost respect for him and either implied he was faking or they treated him as though he shouldn’t need accommodations for them and ultimately fired him.

There was the time he had a Grand Mal in a factory setting and sprayed adhesive from the automated hose he was using all over the floor, the time he stopped speaking when a lade behind the fish counter at a local grocery store was asking him a question and he could do nothing but stare back at her as she screamed and berated him for his inability to respond. Once he came out of it and regained his speech function he tried to explain it to his boss, who eyed him skeptically and told his that nevertheless this was unacceptable, leaving him a catch-22.

There have been many employers and many scenarios, somethimes he’d have to take the whole day off after waking with an especially brutal Grand Mal or a serious of Complex Partials because of residual disorientation. Unfortunately most employers don’t really get it that this is a valuable employee so one should nurture and accommodate because when he’s on he’s fantastic as an employee, a model one in fact! After many such experiences he finally had to face the fact that this wasn’t working and he had to apply for Social Security Disability. 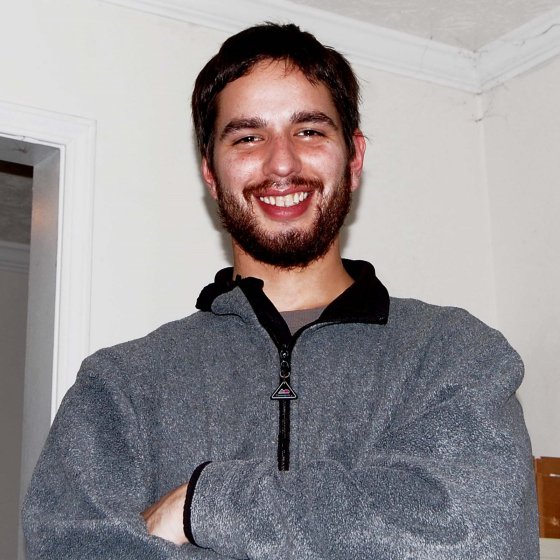 Quinn knew that it would require that he re-enter the workforce on a higher level than the entry level he’d been used to working before he could be assured of the respect he deserved in the workplace, so after some brainstorming he decided to enter the Associates Degree Program in Computer Technology at Athens Tech. There were transportation hurdles to overcome because in Athens, GA. where he lives the public bus system is not great and he often had to walk long distances to get to and from schook in-between, but he made it and earned his Associates Degree! Now his dream is to go further and get at least his Bachelors at Southern Polytechnic (which is known for its quality in education in the computer sciences). 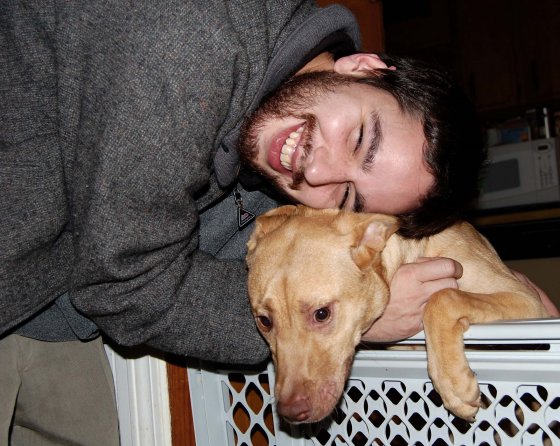 For most of his adult life he has been hindered from living a fully functioning life and was told his condition (referred to as a D-Net; a benign brain tumor made up of excess neural tissue) was inoperable.

He began to believe he’d have to just live with it but then back in June we got word from his doctor (Dr. E.) that there was a new laser surgery technique available that had a higher success rate and lower risk than the traditional re-section surgery which has been Gold standard in the past. Since then he has undergone all sorts of testing (imaging and monitoring) and had his case presented before a committee to determine whether or not he would qualify. 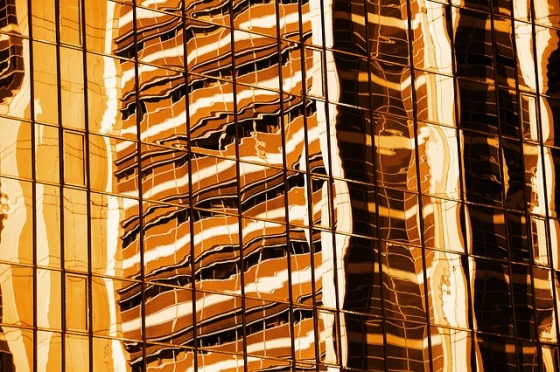 Until recently Emory referred most patients considering seizure surgery to Augusta. For many years it was the foremost seizure surgery and monitoring center in the state.  I know in recent years they’ve suffered budget cuts, so that could account for why there have been more neurosurgeons coming here to practice. 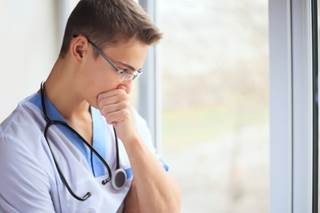 Now with depth electrodes in place (a surgery that in and of itseld took about 5 hours) his next step is for them to test the functioning of various brain areas (called Brain Mapping). This involves hooking him up to a machine to see the resulting brain waves as he carries out certain functions (for instance they may ask him to prounce or spell a word, having him calculate simple math, etc, and see what his brain does in response. As we speak we are waiting for the doctor involved in doing this process to arrive and the nurse told me that he may come in either today or tomorrow depending on his schedule. They moved Quinn to a special room yesterday in preparation with certain hook-ups for the added machinery this requires. Now we are just waiting for some word on the doctor’s arrival. 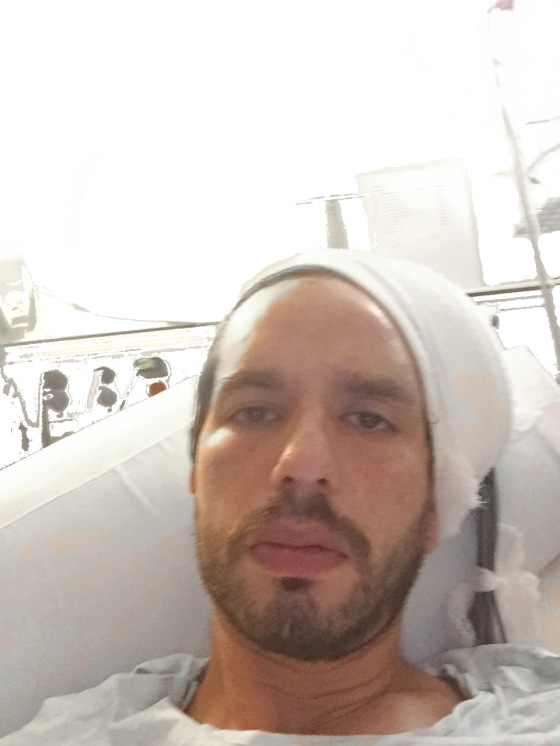 My assistant and I arrived around 11:00 AM and there was a CNA with the hospital present from earlier this morning. Usually they leave once myself or another relative is in the room as we will be here for awhile. Quinn was in pain and not feeling much like talking but she was going on about some toddlers who were on the news the night before who had climbed the fence and “escaped”. I’m sure although it was somewhat interesting my son wished she would be quiet, as I know how it is when your head is really killing you. Sound can be bothersome, especially after an assault on the brain such as surgery. Yesterday the light coming through the window was hurting his eyes and his head and so I had a tech put a blanket over the blinds and that has helped alot.

I had my “ancient Chinese secret” from a guardian angel in this morning’s coffee and I am grateful for that over the past few weeks given that my condition is still not being treated and this is the only way I have been able to get through the long hours at the hospital with my son. I noticed more stamina and longer stretches between my pain since yesterday. I need to be sure and order more as soon as I can afford it.

Once my son’s brain mapping is complete and they know exactly the parameteers of his seizures and where vital brain functions are located structurally (what areas to avoid) they will have all the data they need to be sure it goes safely!

There’s just one more step after this is complete and that is for the whole group of doctors to agree on his getting the laser surgery. I know Dr. E (his General Neurologist) and Dr. G. (his main Neurosurgeon) are solidly behind his getting it, but apparently they all have to be on board with it. (I’m not even sure how many are involved total, but there are probably 5 or more).

They’ve all agreed so far that as far as getting the required number of seizures on tape he has met that criteria. Now comes the home stretch. If he can get through these last few preliminaries he will be on his way to the possibility of a total cure! This happens in only a small sub-set of patients and the best candidates are those whose seizures are only coming from one spot (such is in his case the tumor).

This is the best case scenario because it is very likely to get rid of all the seizures because they know which piece of tissue to remove and thus eliminate the problem. In Quinn’s case the doctors believe that his Grand Mals are a result of the Complex Partial Seizures, which is another encouraging thing because curing one will cure both types in one! Here he is with head bandaged like turbin. Beneath that is a mass of wires which thread into bolts in his head, concentrated on the left side of his head where the lesion is located. 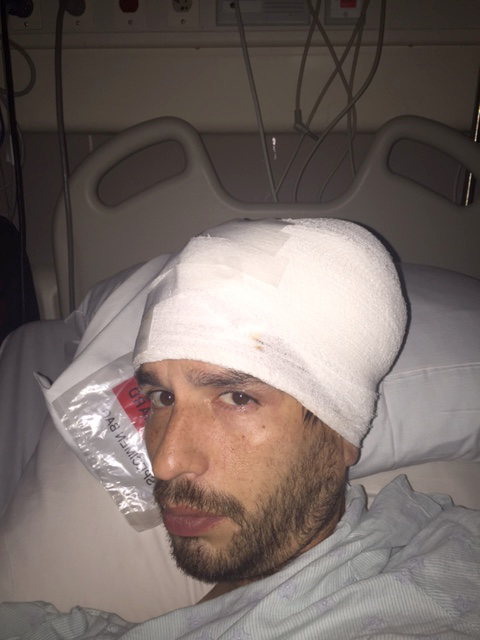 Apparently the D-Net is pretty much the same thing as a hemangioma like Quinn had in his trachea as a baby, and I have on my spine (according to my spinal scan results). This excess tissue with excess vasculature can be genetic and usually is, despite Dr. H’s poo-pooing of the impact genetics might play in some of these medical conditions. It’s close to 2:30 PM and still no word about when the mapping will be taking place. We could hear something on the spur of the moment. Fingers crossed that this next part goes smoothly and that he can move on to have the surgery on Wednesday or Thursday.